Skip to content
How and when did Muhammad (the Muslim prophet) die? 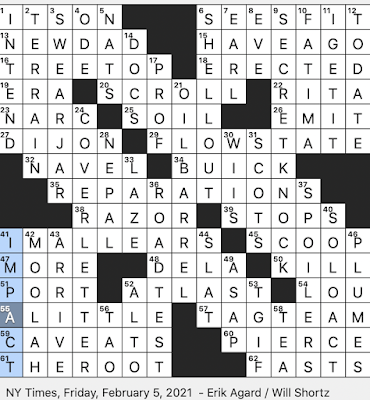 The Buick Electra is a full-size luxury car manufactured and marketed by Buick from 1959 to 1990 over six generations — having been named after heiress and sculptor Electra Waggoner Biggs by her brother-in-law Harlow H. Curtice, former president of Buick and later president of General Motors. The Electra was offered in coupe, convertible, sedan, and station wagon body styles over the course of its production — with rear-wheel drive (1959-1984) or front-wheel drive (1985-1990, except station wagon). For its entire production run, it utilized some form of GM’s C platform. The Electra was superseded by the Buick Park Avenue in 1991. // For years, the Super and the Roadmaster constituted the upper echelon of Buick’s lineup. The Limited, even more luxurious than the Roadmaster, returned for 1958. For 1959, the Super was renamed the Electra, the Roadmaster was renamed the Electra 225, and the unsuccessful Limited model was discontinued. The appearance was shared with two other Buick models, the mid-level Invicta and the entry level LeSabre. The Electra 225 nameplate was a nod to the latter car’s overall length of over 225 in (5,715 mm), earning it the street name “deuce and a quarter.” (wikipedia) 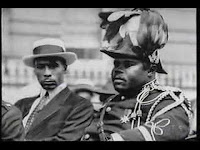 I say there’s no theme today, but it’s worth noting that this is the Blackest puzzle not only of this week, but possibly of all time. There’s not a single human being in the clues or fill who isn’t Black. Not one. Well, most of the 2019 NATS weren’t Black, just as most sherpas aren’t, but every specific person mentioned in this puzzle is. And yet this puzzle is also just a very solid Friday puzzle, as solvable as any other Friday I’ve ever done. In addition to being the fine, well-crafted puzzle I expect to see every time I see Erik Agard’s name on the byline, this puzzle makes an important point: that centering Blackness is not an exclusionary move. That puzzle writers and editors have, And Have Always Had, the ability to make Black people more visible in their puzzles, while also keeping the puzzles broadly accessible; they simply haven’t. The gravitational pull of precedent is surely a big part of the reason they haven’t, but it’s important to recognize that that precedent has been white—probably more by default than exclusionary intent, but the effects have been the same. In its total Blackness, this puzzle is itself a small form of REPARATIONS (the bull’s-eye word of the day). But I hope this puzzle, and all the puzzles this week, aren’t simply a token recognition that Black people exist, but a genuine call to all constructors to actively consider the breadth and depth of cultural focus in their puzzles, specifically where Black people are concerned, but ultimately where all people are concerned.

My Clue of the Year so far is 3D: A fine way to discourage foul language? (SWEAR JAR). Actually, it’s a clue / answer combo, great on both fronts. The “fine” pun, mwah, perfect. Also great is the clue / answer combo at 13A: Pop up a lot, perhaps? (NEW DAD). Unlike SWEAR JAR, that one actually fooled me. I had NEW DA- and was still tilting my head and squinting bemusedly at the clue. Just delightful stuff. Hardest part of the grid for me today was the entire area in and around the FLOW part of FLOW STATE (29A: What you’re in when you’re in the zone). I had -OW STATE and still no idea. Weirdly, I have read about the concept of FLOW, but I’d never (to my knowledge) seen the concept expressed as the phrase FLOW STATE. So I thought I had errors. Actually I did have an error, a little earlier: PREZ instead of PROF (17D: Spelman figure, informally). As I am a PROF, I suppose this counts as irony. Also couldn’t get to SOIL from S–L (which now seems awfully stupid on my part) (25A: Concern in geomorphology) and without so many crucial letters (including the “B” from BUICK, which I didn’t know), there was no way for me to see OIL BARREL (21D: Unit officially defined as 42 gallons).  I briefly wanted that answer to start “ONE-something.” Outside of that area, I pretty much moved through the grid with a typical easy Friday flow.
Five Things: Signed, Rex Parker, King of CrossWorld