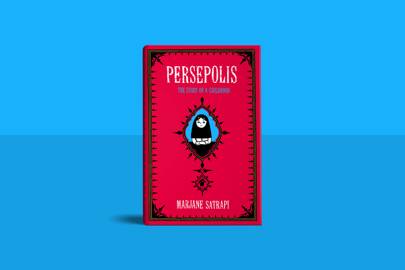 Comic books are an art form of infinite variety. Despite being dominated by superhero publishers such as Marvel and DC, the medium lends itself to every genre, telling an endless array of stories and channelling the talents of some of the world’s most imaginative creators. Here, WIRED picks out the best graphic novels that should be read by anyone with even a passing interest in the medium.

While there are a plethora of fantastic longer form comics for readers to dive into – Starman by James Robinson and Tony Harris, Mage by Matt Wagner, Saga by Brian K. Vaughan and Fiona Staples, Sex Criminals by Matt Fraction and Chip Zdarsky, or Stan Sakai’s Usagi Yojimbo to name but a few – here we’ll be focusing on self-contained works.

While Hayao Miyazaki is best known as animator supreme of legendary animation house Studio Ghibli, his greatest work may be this vastly expanded version of Nausicaa. The manga began publication in Japan in 1982, two years before the release of the film of the same name, and Miyazaki would continue to explore his strange, dangerous, and beautiful post-apocalyptic world in print over the next 12 years, adding chapters in between his directorial work on later movies. Available in a complete – and massive – English language edition since 2012, Miyazaki’s phenomenally intricate artwork is a treat for the eyes, while the story extends far beyond the limits of the film – you can tell this is the work of a creator relishing the storytelling freedom only comics can provide.

Persepolis is at once a deeply personal exploration of our universal search for identity, and a window into a political and cultural reality many western readers will be unfamiliar with. Charting Satrapi’s life from her childhood in Tehran, through the Islamic Revolution, and her time moving between Iran and Europe, it effortlessly moves between humour and heartache while examining political ideology and theological doctrine, while challenging the preconceptions we often subconsciously hold. Although masterfully adapted to film in 2007 – co-directed by Satrapi herself – the printed work remains the definitive version.

The eponymous V is not a superhero, nor an aspirational figure – despite the real-world inspiration his iconic Guy Fawkes mask provided to movements such as Anonymous – but rather an anarchist revolutionary, theatrically asking the reader themselves to question whether their comfort is worth their freedom. It’s a simple but lingering question – when V for Vendetta was first published in the pages of UK anthology comic Warrior in 1982, it was a satire on the Thatcher government. That its tale of life in a fascist state and the cost of rebelling against it remains relevant nearly four decades later is almost as shocking as many of the grim events that lace its pages, but its darkly timeless nature, and the eerily prescient vision it paints of a Britain in the grip of an oppressive government, continues to make it essential reading.

Despite being arguably to blame for mainstream comic books swerving into “grimdark” territory after its publication, Watchmen remains, for many, a benchmark the artform maturing as a storytelling medium. Loosely adapting characters DC had acquired from Charlton Comics, Moore and Gibbons crafted a complex and thought-provoking treatise on the nature of power, the impact superheroes would have on the ‘real’ world, and the psychology of heroism as a concept. While the world of Watchmen has been diluted somewhat over the years – ignore prequel Before Watchmen and pseudo-sequel Doomsday Clock, which removed the last vestiges of Watchmen’s autonomy by merging the characters into the wider DC canon – the original, self-contained work still provides a thought-provoking read.

Read the first issue of Bone, and you’ll think it’s a simple comedy centred on the cartoonish Bone cousins – stalwart Fone, scheming Phoney, and simple Smiley Bone – lost in a strange valley. By the end, you’ll realise it’s one of the greatest works of fantasy literature ever penned, weaving a tale that touches on myth and fairy tale archetypes while simultaneously reinventing them for contemporary audiences. Although later republished in colour, try to check out the original black and white version, which best presents Smith’s art.

The internet massively democratised the comics industry, making it easy for creators to self-publish their work. Nimona is one such title – Stevenson originally posted pages to Tumblr, where it unexpectedly gained a huge following, leading to its complete collection in print. Smartly riffing on countless fantasy and sci-fi tropes, the series follows the titular Nimona – a shapeshifting smartass – who apprentices to the ‘evil’ Lord Ballister Blackheart, helping him in efforts to conquer the world and avoid his heroic nemesis Sir Ambrosius Goldenloin. Funny, exciting, suprisingly heartfelt, and unapologetically queer, Nimona evolves from a genre-savvy parody into a work of fantasy adventure that stands on its own merits.

Painting – literally, thanks to Ross’ work – a history from the dawn of World War II and the creation of the original Human Torch to the dawn of a new age of heroes in the 1970s, Marvels presents the grandeur of the Marvel Universe from the perspective of the ‘man on the street’. As told by everyman photographer Phil Sheldon, the impact of these modern gods walking the Earth is scrutinised, both the inspiration they provide and the impact of their battles on the people around them. Simultaneously personal and sweeping in scope, this unique take on superheroes is a must-read.

An autobiographical memoir, Pyongyang charts Delisle’s time in the North Korean capital while working as an intermediary between a French animation company and the North Korean studio actually producing the work. Offering a rare glimpse inside the notoriously secretive nation, Delisle’s depictions of everything from mundane daily life to more unsettling observations such as the absence of disabled people paint a sinister picture of life in a totalitarian state. Writ through with an air of paranoia and unease – Delisle’s near-omnipresent translator becomes a spectre haunting his every move – Pyongyang is one of the finest travelogues you’ll encounter.

Set in the American South during the 1950s and ’60s, Stuck Rubber Baby is an examination of homophobia and racism that remains as searing now as it was on publication in 1995. Told retrospectively by protagonist Toland Polk, the graphic novel explores his efforts to “cure” his gayness, the terror of accidentally fathering a child in the process, and becoming drawn into the Civil Rights Movement. Cruse, who rose through the ranks of the underground queer comix scene, revamped his artistic style for the book, bringing the period tale to life with densely arranged pages and highly detailed panels, creating a visual weight to match the heft of the story. This is one that will stay in your mind for years after reading.

The first graphic novel to win the Pulitzer Prize, Maus is a biographical account of Spiegelman’s father’s experience as a Holocaust survivor. Despite anthropomorphising Jews as mice, Germans as cats, and Poles as pigs, the human gravity and sheer horror of the period bleeds through on the page. Maus is more than an account of the depravity though – it’s also an exploration of Spiegelman’s fraught relationship with his father, grounding the enormity of the piece with a smaller, more human focus. An absolute masterpiece, and a reminder of atrocities not to be forgotten.

The progenitor of the superhero “event” comic, Crisis on Infinite Earths remains a road map of how it’s done for all that have followed. By its publication in 1985, DC’s continuity was a mess – following years of reboots, alternate Earths, imaginary stories, and acquiring characters from other publishers, it was nigh impossible to keep up with which characters fit where. Enter Wolfman and Perez, who took what could have been a workmanlike task of streamlining the corporate properties into one cohesive whole and turned it into a vast cosmic opera where DC’s heroes and villains from every reality stood united against an unprecedented threat. While, in fairness, there are parts of Crisis that won’t really make sense without some grounding the in wider DC multiverse – obscure characters pepper Perez’s dense and intricately woven pages – the sheer scale and ambition of the series stands the test of time. Worlds lived, worlds died, and the DC Universe truly would never be the same again.

️ A huge Airbnb scam is taking over London

Thinking of buying an electric car? Read this first

Why do modern tomatoes taste so bad?

Get WIRED Daily, your no-nonsense briefing on all the biggest stories in technology, business and science. In your inbox every weekday at 12pm UK time.

Thank You. You have successfully subscribed to our newsletter. You will hear from us shortly.

Sorry, you have entered an invalid email. Please refresh and try again.