Is Pakistan Day a Public Holiday?

Pakistan Day is a public holiday. It is a day off for the general population, and schools and most businesses are closed. 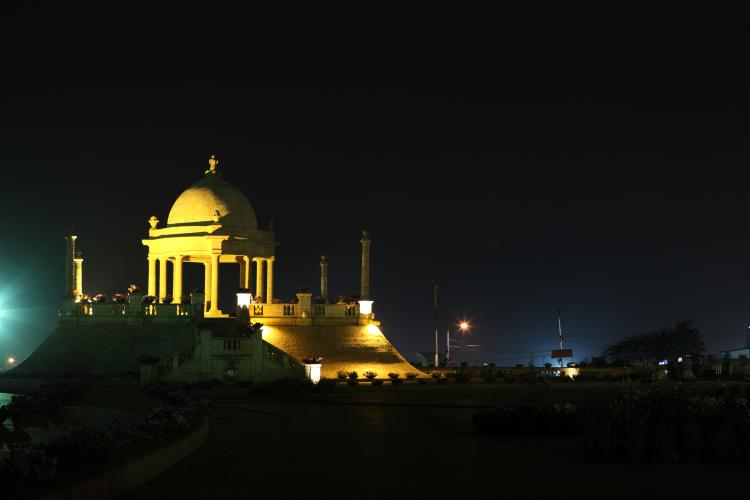 Pakistan Day is celebrated throughout cities and towns in Pakistan, including Karachi (pictured above is a view of Jehangir Kothari Parade in Clifton, Karachi).

Pakistan’s national flag is hoisted on public and governmental buildings at dawn on Pakistan Day. A 31-gun salute in Islamabad and a 21-gun salute in provincial capitals are fired. A change of guard occurs at the mausoleums of Muhammad Iqbal (commonly known as Allama Iqbal) and Muhammad Ali Jinnah (commonly known as Quaid-i-Azam or the Supreme Leader), followed by garlands being laid.

A main feature of Pakistan Day celebrations is a parade at Constitution Avenue in Islamabad. An award ceremony is organized where the president gives military and civilian awards to recognize recipients’ achievements and contributions to Pakistan.

Pakistan Day festivals, parties, national songs and debate competitions are featured throughout the day, which sees many people spend time with families, friends and loved ones.  Pakistan Day specials are broadcast on radio and TV. Special prayers are offered for peace and prosperity.

Pakistan Day is a public holiday in Pakistan on March 23. Government offices, banks, post offices, educational institutions and businesses are closed, except for some multinational organizations.

Public transport is also limited on this day, and may be completely unavailable on certain routes. Many people visit recreational spots on Pakistan Day, so traffic congestion is common in big cities.

The roots of the struggle for independence of British India can be traced back to the uprising of 1857 which started off as a rebellion of the British East India Company soldiers but soon took the shape of a freedom struggle and caused a major threat to Company Raj (Company Rule) in an undivided India.

Leaders such as Sir Syed Ahmed Khan worked tirelessly for the political, social and economic uplifting of Muslims that comprised of 25 to 30 percent of the total population of British India. In a Muslim League annual session in 1930, Muhammad Iqbal, a poet and philosopher, put forward the ideal of Muslims being a separate nation. Iqbal is accredited for weaving the Two-Nation theory, an ideology that eventually made the creation of Pakistan possible.

In a Muslim League general session from March 22 to March 24, 1940, Pakistan’s founder Muhammad Ali Jinnah and other party leaders unanimously rejected the idea of united India, endorsed the Two-Nation Theory, and called for a separate Muslim homeland. The Lahore Resolution was supported by all major Muslim Leaders of the time.

Pakistan gained independence from British rule on August 14, 1947. Nine years after Pakistan’s creation, the first constitution was implemented on March 23, 1956. March 23 was initially meant to celebrate the adoption of the country’s first constitution and its transformation as a republic. The constitution of 1956 was annulled by the military government of Ayub Khan in 1958 and March 23 became a day to commemorate the Lahore Resolution of 1940, which eventually led to the creation of Pakistan.

Minar-e-Pakistan (Pakistan Minaret) is a minaret (a type of tower) in Iqbal Park in the city of Lahore. It was built to venerate the Lahore Resolution. The minaret is constructed where the Lahore Resolution was passed. This monument symbolizes a blossoming flower and reflects the blissfulness of independence.

Note: During a public holiday, government offices and most businesses are closed so people have a day off work.