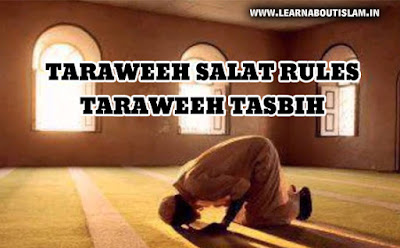 In English: Make intention of Sunnat-e-Maukida for the sake of Allah, faciing towards Kaaba, Behind the Imam and say “Allahu Akbar “

The Taraweeh should be offered in Cycles (Rakaats) of two each. After every 4 Cycles, it is recommended to sit for approximately the time it take to offer 4 Cycles. While sitting, one may keep quiet or recite the Kalemah, or the Salutations or recite the following “Tasbeeh”: 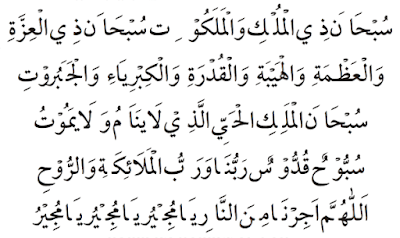 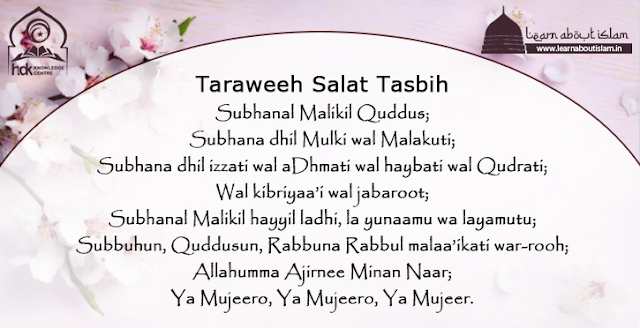