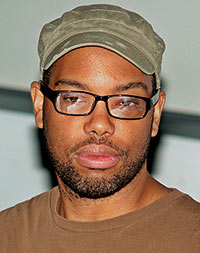 TA-NEHISI COATES is joining the faculty of Howard University, his alma mater.

NNEDI OKORAFOR accepted an appointment at Arizona State University as a Professor of practice as part of the Interplanetary Initia­tive and the College of Liberal Arts and Sciences.

TADE THOMPSON has been voted vice president of the British Science Fiction Association.

KEVIN J. ANDERSON and W. MICHAEL GEAR were inducted into the Colorado Authors’ Hall of Fame in the Living category, and ROBERT A. HEINLEIN in the Legacy category. A nonprofit founded in 2014, the Authors’ Hall of Fame is “dedicated to recogniz­ing and preserving the history about the accomplishments of past and present authors who have created and published books.”

Author JOY WILLIAMS will receive the 2021 Library of Con­gress Prize for American Fiction “for a lifetime of outstanding work.” Williams will be honored in an online award ceremony during the National Book Festival, to be held September 17-26, 2021.

CATHERINE LACEY‘s Pew (Farrar, Straus, Giroux) won the New York Public Library’s Young Lions Fiction Award. The $10,000 prize is awarded “each spring to a writer age 35 or younger for a novel or a collection of short stories” by a panel of judges. 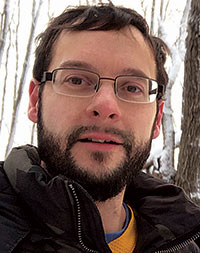 JENNIFER EGAN sold The Candy House, sequel to Pulitzer Prize winner A Visit from the Goon Squad, to Scribner in the US and Corsair in the UK.

LAVIE TIDHAR has sold Neom to Jacob Weisman at Tachyon via John Berlyne of Zeno Agency. Jill Roberts will edit. 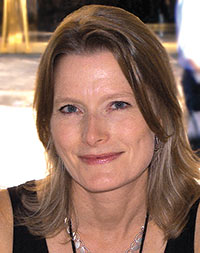 JUSTINA IRELAND & TES­SA GRATTON sold YA fantasy Chaos and Flame and a second title to Ruta Rimas at Razorbill via Ed­die Schneider of JABberwocky Lit­erary Agency for Ireland and Laura Rennert of Andrea Brown Literary Agency for Gratton.

URSULA VERNON, writing as T. KINGFISHER, sold What Moves the Dead, “a modern take on Edgar Allan Poe’s classic story ‘The Fall of the House of Usher’,” to Lindsey Hall at Nightfire via Hel­en Breitwieser of Cornerstone Literary.

KAREN HEULER sold fantasy The Splendid City to Gemma Cref­field at Angry Robot, and resold collection The Inner City to John Betancourt at Wildside Press, all via Christine Cohen of the Virginia Kidd Literary Agency.

ADAM CESARE sold Clown in a Cornfield 2: Frendo Lives to David Linker at Harper via Alec Shane of Writers House.

JASON STARR sold The Next Time I Die, “a cross between Cornell Woolrich and Philip K. Dick,” to Charles Ardai at Hard Case Crime.

TERRY MILES sold the second novel in the world of the Rabbits podcast (about an alternate real­ity game and parallel universes) to Anne Groell at Del Rey via Marc Gerald of Europa Content.

KENNETH JOHNSON sold Holmes Coming, about Sherlock Holmes devising a method to “hi­bernate” in 1899 and waking up in modern San Francisco, to Lysa Wil­liams at Blackstone via Renee Foun­tain and Italia Gandolfo of Gan­dolfo Helin and Fountain Literary Management.

JOHN MILAS sold contem­porary gothic horror The Militia House to Caroline Zancan at Holt in a pre-empt via Julia Kardon of HG Literary.

PAZ PARDO‘s The Shamshine Blind, “a literary noir” set in an al­ternate US, to Peter Borland at Atria via Julie Barer of the Book Group.

LESLYE PENELOPE sold his­torical fantasy The Monsters We Defy and a second book to Nivia Evans at Orbit via Sara Megibow of kt literary.

VICTOR GISCHLER sold the Kingdom of Ghosts trilogy to Rhett Bruno at Aethon via David Hale Smith of Inkwell Management.

MEGAN BANNEN sold first adult novel The Undertaking of Hart & Mercy – “The House in the Cerulean Sea meets You’ve Got Mail” – to Angeline Rodri­guez at Orbit via Holly Root of Root Literary.

J.E. MCDONALD‘s Ghost of a Vortex, latest in the Wick­wood series, went to Heather Mc­Corkle at City Owl Press.

KIMBERLY VALE sold Dark Tides and the third volume in the Kingdom of Bones series to Deanna McFadden at Wattpad.

KES TRESTER sold The Nine and other titles to Hannah Smith at Owl Hollow Press via Kim Lindman of Stonesong.

REBECCA PHELPS sold Yes­terworld and Everworld, finishing the Down World trilogy, to Deanna McFadden at Wattpad.

H.J. NELSON sold The Last City and The Last Creation, books two and three in a dystopian SF series, to Deanna McFadden at Wattpad. 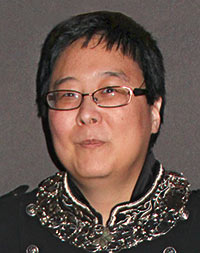 YOON HA LEE‘s first YA work, the Lancers trilogy of SF novels, sold to Hannah Hill at Delacorte via Seth Fishman of the Gernert Company.

DELILAH S. DAWSON sold YA fantasy Midnight at the Houdi­ni and a second title to Wendy Log­gia at Delacorte via Stacia Decker of Dunow, Carlson & Lerner.

MINA FEARS sold crossover fairytale novel The Scorpion Queen to Sarah Barley at Flatiron Books in a pre-empt via Jenny Bent of the Bent Agency.

ANDREW VARGA sold debut YA The Time Jumpers and the Anglo-Saxon Revelation and a sec­ond title to Mark Sedenquist at Im­brifex via Lloyd Kelly of Kelly Consulting Agency.

EMILY TESH sold first novel Some Desperate Glory, “Vorkosi­gan meets Gideon the Ninth set in a world reminiscent of Mass Ef­fect,” and a second book to Ruoxi Chen at Tordotcom and Emily Byron of Orbit UK via Kurestin Armada of Root Literary.

MARY MCMYNE‘s first novel The Book of Gothel, “in the vein of Circe and Spinning Silver,” and a second book went to Brit Hvide at Orbit and Emily Byron at Orbit UK via Sam Farkas of Jill Grinberg Literary Management.

MARGARET STOHL & JUDY STEPHENS will write non-fiction Super Visible: The Story of the Women of Marvel, with “essays, stories, images, and over 120 ex­clusive interviews with women and non-binary Marvel creators, writers, actors, and more,” for Ed Schlesinger at Gallery via Sven Larsen of Marvel Entertainment.

JARED SHURIN will edit The Big Book of Cyberpunk for Anna Kaufman at Vintage via Ron Eckel of CookeMcDermid.

BRUCE CASSIDAY sold paper­back and ebook rights to House of Vengeance, Queen of the Look­ing-Glass, Nightmare Hall, and The Diabolist to John Betancourt at Wildside Presss via Phil Harbottle on behalf of Cassiday’s estate. 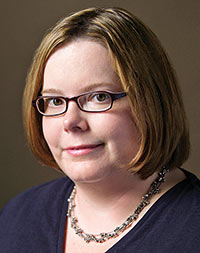 Literary agent GINGER CLARK has left Curtis Brown after 16 years to found her own agency, Ginger Clark Literary. She is joined by NICOLE EISENBRAUN as agent and foreign rights manager, also from Curtis Brown. For more: <www.gingerclarkliterary.com>.

RAYA GOLDEN will write and illustrate Voyaging: The Plague Star, volume one of a graphic novel adaptation of GEORGE R.R. MARTIN‘s Tuf Voyaging, for Kai­tlin Ketchum at Ten Speed Press.

While you are here, please take a moment to support Locus with a one-time or recurring donation. We rely on reader donations to keep the magazine and site going, and would like to keep the site paywall free, but WE NEED YOUR FINANCIAL SUPPORT to continue quality coverage of the science fiction and fantasy field.

©Locus Magazine. Copyrighted material may not be republished without permission of LSFF.