Outside your programming
March 27, 2021 SFi Official

I believe this is Portal by Rob Swigart, originally published as an interactive novel in 1986, and then as a hardcover novel in 1988. 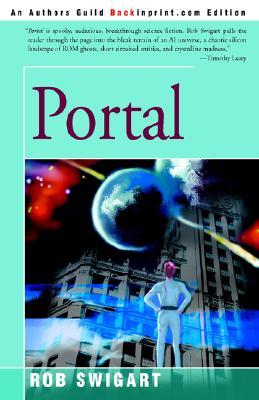 The synopsis for the interactive novel mentions the astronaut returning to Earth after a 100-year voyage, to find it devoid of all human life, and using a computer terminal containing a storytelling mainframe named Homer to find out what happened:

The player, taking on the role of the unnamed astronaut protagonist, returns from a failed 100-year voyage to 61 Cygni to find the Earth devoid of humans. Cars are rusted and covered with moss, the streets are completely barren, and everything appears as though the entire human race had just vanished suddenly. The player happens upon a barely functioning computer terminal that is tied into a storytelling mainframe, Homer. Through this interface, the player, assisted by Homer who attempts to weave the information into a coherent narrative, discovers information in order to piece together the occurrences leading to the disappearance of the human race. For instance, spending some time in the Medical Records section may unlock a piece of data in the Science section, and through these links the player can finish the game.

A hardcover novel, titled Portal: A Dataspace Retrieval (1988) and composed mostly of the text from the interactive novel with some new additions, was written by the same author, Rob Swigart, and first published by St. Martin’s Press. It takes the form of a series of notes on different subjects, in an order the player would encounter them through Homer. A softcover edition was released by Backinprint.com in 2001.

This is the song verse you recited in full:

The ants are coming one by one, Aroo, aroo.

The ants are coming one by one, Aroo, aroo.

The ants are coming one by one.

Forth to the North to steal some sun

And they’ll all go crawling back to the Pole again.

And you can read a preview of the book here.