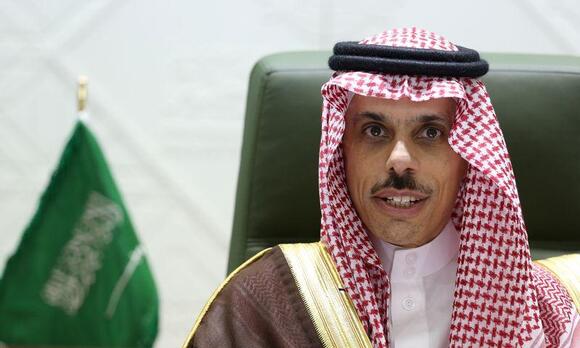 DUBAI (Reuters) – Saudi Arabia presented a new peace initiative on Monday to end the war in Yemen, which would include a nationwide ceasefire under U.N. supervision and the reopening of air and sea links, the kingdom’s foreign minister said.

The initiative includes the reopening of Sanaa airport, and would allow fuel and food imports through Hodeidah port, both of which are controlled by Riyadh’s enemies, the Iran-aligned Houthi movement. Political negotiations between the Saudi-backed government and the Houthis would be restarted, said Prince Faisal bin Farhan Al Saud.

“The initiative will take effect as soon as the Houthis agree to it,” Prince Faisal said, calling on the group and the government to accept the offer.

The Houthis have demanded the lifting of an air and sea blockade, which has contributed to the world’s worst humanitarian crisis in Yemen, as their main pre-condition before any peace deal.

The Saudi-led coalition has said the port and airport must be restricted to prevent weapons from reaching the Houthis who control the capital and most populous areas.

The announcement did not specify which routes would be permitted for aircraft flying to Sanaa, or whether food or fuel imports through Hodeidah port would be subject to additional pre-authorisations.

The United Nations has already set up a mechanism in Djibouti to inspect ships before they dock at Hodeidah port, but Saudi-led coalition warships hold up most vessels despite U.N. clearance.

Prince Faisal said tax revenues from the port would go to a joint bank account in Hodeidah’s branch of Yemen’s central bank, according an agreement signed in 2018 in Stockholm by both sides.