The Quran in Muslim Life and Practice
April 1, 2021 SFi Official 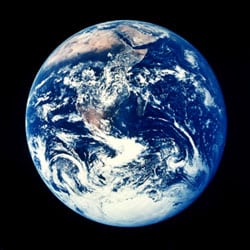 The reality of climate change calls for a re-evaluation of our actions and a redirection of our energies towards the reduction or possible reversal of the looming environmental crisis. Religious leaders are challenged to look into their traditions for any inspiration that could guide us towards averting this global disaster. This new demand on old traditions forces us to look creatively at the world’s religious heritage and reinterpret or reapply sacred texts and principles to our present problem. It is surprising, however, that the texts of the Islamic religious tradition speak directly on many issues that are pertinent to our problem. Hence the task for the Muslim expositor here is not so much a reinterpretation of the traditions, but mainly a reapplication of old texts to new problems.

To begin with, the Quran calls on us to recognise our own contribution to the crisis:

Corruption doth appear on land and sea because of (the evil) which men’s hands have done, that He may make them taste a part of that which they have done, in order that they may return. (Quran 30:41)

According to the verse cited, God is giving us a taste of our own medicine so that we may return from the wrong directions we have taken in life. If we are to reverse the deterioration of our environment then we have to make some hard choices and change our practices. In other words, ecological change calls for personal change.

Wastefulness is a major contributing factor to our present woes, hence the sudden awareness of the benefits of reducing, reusing, and recycling waste. But this reminds us of some Quranic cautions. For example: “But waste not by excess: for Allah loveth not the wasters” (Quran 6:141, Yusuf Ali translation).

The principle of conservation is illustrated by the following rule, noted in many basic texts relating to Islamic acts of worship: while making ablutions in preparation for prayer we should be abstemious in the use of water even if we have a river at our disposal. When this rule was first formulated, its practical benefit may have been puzzling; today it is all too plain. Muslims following this rule must, over time, cultivate due regard for water and other natural resources as divine provisions.

The Sanctity of Planting Trees

The beneficial nature of trees to our ecosystem is now widely known. It may be noted in this regard that the planting of a tree is regarded in the classical Islamic tradition as an act of continuous charity, the most desirable sort of good deeds. The Prophet Muhammad, on whom be peace, said that if one plants a tree then whatever is eventually eaten from it whether by humans or animals counts for the planter as a an act of charity. The importance of planting trees as a good deed is highlighted in another tradition which says that if one has on hand a sapling ready to be planted and the Day of Judgment arrives one should go ahead and plant it.

The Equilibrium of All Life

Furthermore, Muslims believe that all creations of Allah, including animals and trees, glorify God in their own way.

“Seest thou not that to Allah bow down in worship all things that are in the heavens and on earth,- the sun, the moon, the stars; the hills, the trees, the animals; and a great number among mankind?” (Quran 22:18)

Islam also teaches humans that all creatures of God, whether it be the tiny ant or the huge lion, serves a certain purpose in the larger scheme of God’s world: “There is not an animal (that lives) on the earth, nor a being that flies on its wings, but (forms part of) communities like you.” (Quran 6:38)

This divine notion, which came more than 1400 years ago, reinforces the scientific concept of ‘chain of life,’ with each species depending on another and together maintaining the balance of life on earth. God reminds us in the Quran not to tamper with His divine balance (here referred to as ‘measure’) by reminding us, “And the sky He hath uplifted; and He hath set the measure, that ye exceed not the measure, but observe the measure strictly, nor fall short thereof.” (55:7-9) Hence, irresponsible deforestation and wanton killing of even the tiniest of God’s creatures is strongly discouraged in Islam.

Moreover, there are some general Islamic concepts which serve to reinforce these observations. One is the belief that everything within our possession and which we conveniently call our property is not only provided by God but ultimately belong to Him. On this belief, what we have is merely placed in our trust, and must be preserved and delivered back to God in the best manner possible. The following Quranic verse emphasises the point: “Believe in Allah and His messenger, and spend of that whereof He hath made you trustees; and such of you as believe and spend (aright), theirs will be a great reward.” (Quran 57:7) The imperative towards charity here is premised on the belief that we are mere trustees of the wealth in our possession. Muslims will naturally extend this belief with regards to all the natural resources within their ambit.

Related to this idea of trust is the concept of vicegerency. In the Quran, God says: “Then We appointed you viceroys in the earth after them, that We might see how ye behave” (Quran 10:14). The behaviour of those who cause corruption on earth is well noted: “And when he turneth away (from thee) his effort in the land is to make mischief therein and to destroy the crops and the cattle; and Allah loveth not mischief” (Quran 2:205). According to the Quran, God made well everything he has created: “Who made all things good which He created” (32:7). And we are commanded commanded to keep it that way: “Do no mischief on the earth, after it hath been set in order” (7:56).

A Call for Change

Failing to follow the Quranic injunctions, we have, of course, upset the ecological balance. And it is up to us to set it right again. This will require great effort, and courageous personal change. We need to do our best to restore and preserve the balance in nature; to take up our responsibility as viceroys of God and hence as custodians, stewards, and trustees in whose trust God has placed the resources we enjoy. We need to maintain the ecosystems that harbour the dazzling array of life forms God has created,including animals, birds, insects, and plants. But the required personal changes are sometimes simple and manageable. We can easily reduce, reuse, and recycle waste. We can to a large extent conserve our use of water and other natural resources. We can in some small way reverse the process of deforestation by planting one tree at a time. It is time to pay better attention to the principles set forth in God’s message, including this one: “Man shall have nothing but what he strives for” (Quran 53:39).

We have caused corruption on land and sea, and it is up to us to mend our ways. Our present crisis calls on religious leaders to find faith-based messages that will inspire the faithful towards a heightened environmental awareness. We have seen that there is ample content in the sacred traditions of Islam to meet this need. What remains to be seen is the extent to which we will rally to this call for personal change.